The above image uses a stone collected when visiting Niigata prefecture in 2009 as the material and motif. After presenting the work in 2010, I exhibited it again in 2013, changing the installation method. Since the exhibition space was a department store gallery with many luxury brands on the same floor, I created miniature versions of the display cases used to line up jewelry.

I placed the found stone inside, put a price tag on the meaningless and free stone and exhibited it for sale. This work alludes to the stone-seller man's story in Yoshiharu Tsuge's The Man without Talent (1985). The poor protagonist learns about the culture of suiseki, or the art of stone appreciation, and their monetary value. He goes to the nearby river to pick up some stones then fittingly entitles and prices them, and sets up a shack by the riverbed for business. Followed by days of no sales, a man browsing for fun accidentally drops the stone for sale from the display stand to the riverbed. Although the man quickly picks up the first stone he spots to put back on the shelf for the time being, he cannot tell apart the stone for sale and those by the riverbed. This situation plainly describes the alchemical transformation of value (though it wasn't working out in The Man without Talent), and I felt the ironic connection to pricing works in contemporary art trades.

The impression I have of department store galleries is a space that sells works by the great masters of Japanese painting or famous ceramic artists for a high price. So I thought of trying to sell just a stone that I picked up. In fact, many pieces within the series sold during the exhibition period.

After four years of failing the entrance exams, I was admitted to the Tokyo University of the Arts (Geidai), Department of Painting, Oil Painting Course. At the time, only 1 in 40 examinees were accepted into Geidai's highly competitive Oil Painting Course. All candidates attended art cram school. The cram schools with high acceptance ratings contained Spartan elements of cramming education. And the cram school I attended was exactly that kind. Sometimes freshmen from Geidai who were much younger than me would teach as a part-time gig for the summer sessions, which made me feel depressed during my cram school years. Although I nearly gave up many times within the five years including my senior year of high school, in the end I successfully became a Geidai student.

But rather than rejoicing at the huge difference in my circumstance, I started to feel bad about the immense change in how I was treated by others. That was when I created the Just a Stone series for an experimental assignment to "reflect on painting" in my university seminar. I depicted a plain stone that I picked up on the street onto a landscape photograph, transforming its value within the two-dimensional realm. A transitional period towards digitization, students were gradually starting to use Photoshop at the time. I felt that the need to use the illusion of painting and change the scale through hand-drawn compositing to express questions of my transformation and value, and to heighten my sense of self-discipline.

[Past Exhibitions for "Just a Stone" Series] 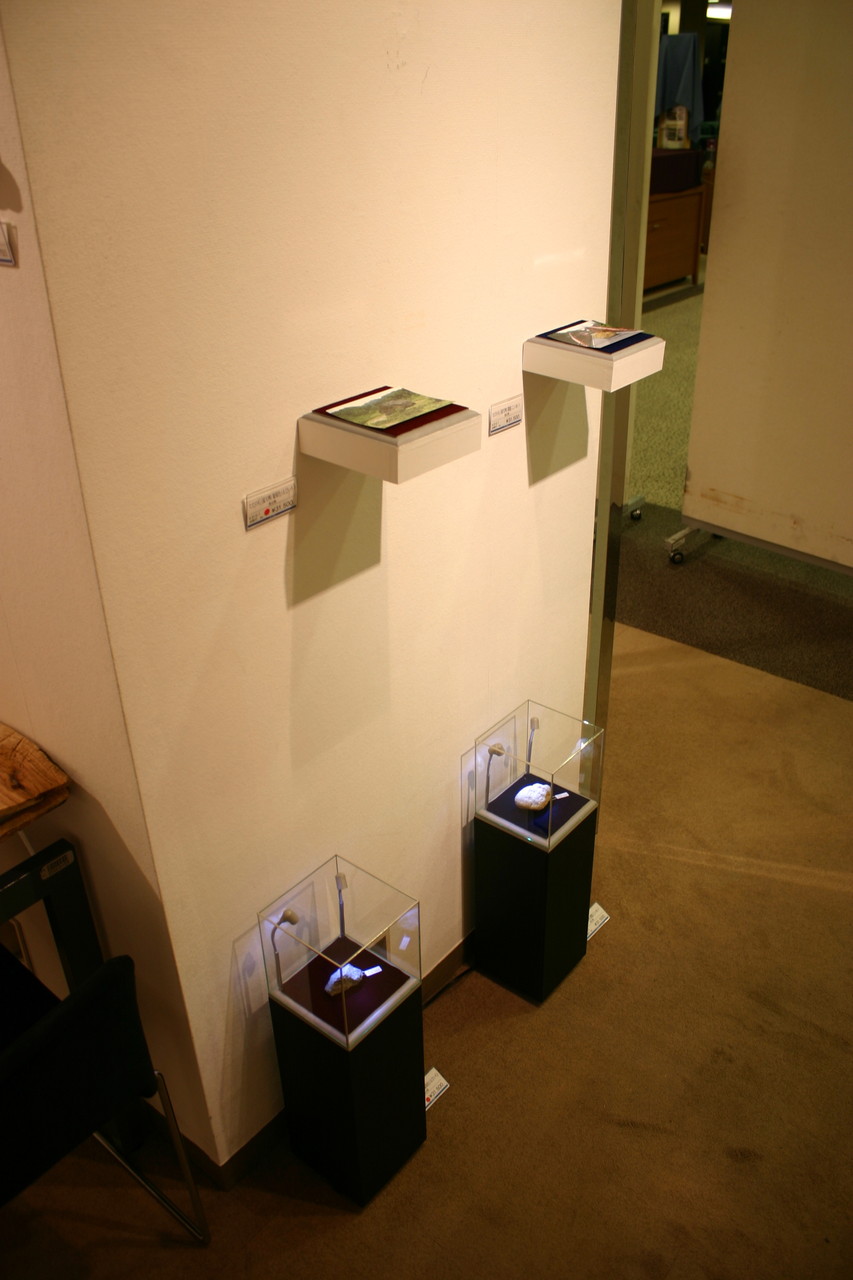 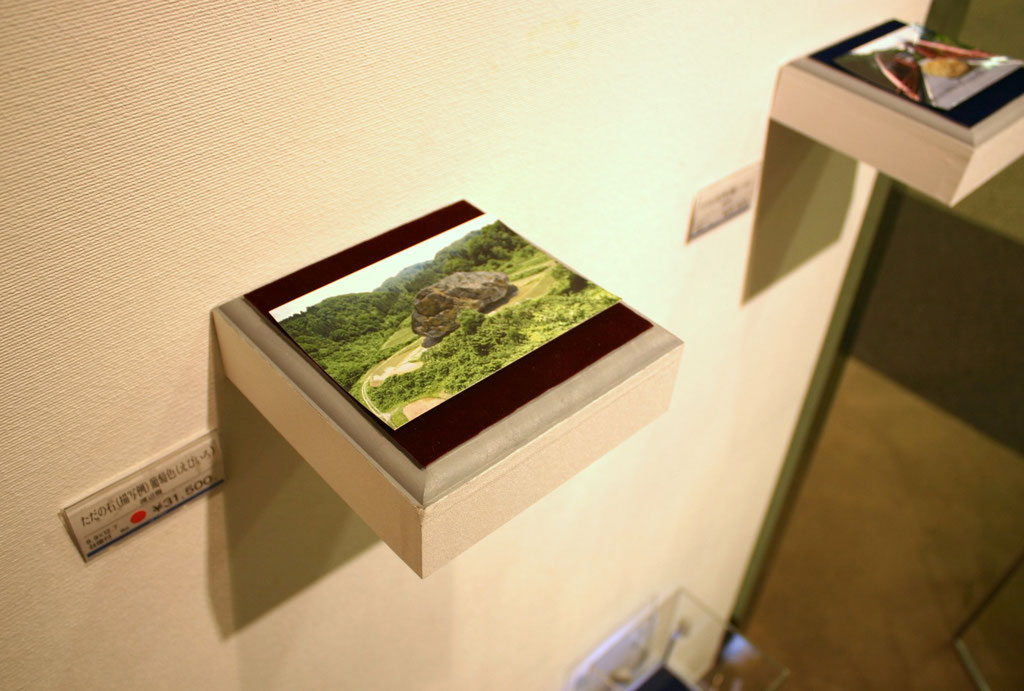 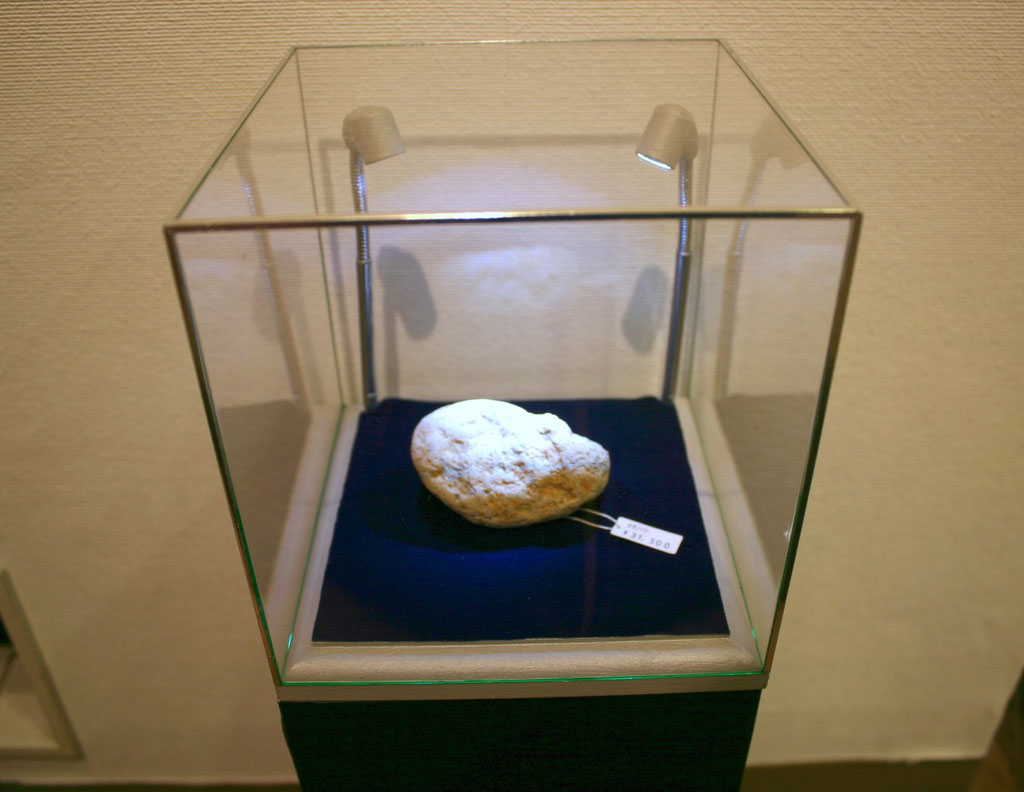 The above five works were produced in 2001, my freshmen year as a Tokyo National University of Fine Arts Oil Painting major.