This is my first live painting, which I drew at my musician friends' live show.

For three hours, I endlessly drew shogidaoshi––Japanese chess pieces (koma) falling over like dominos––which signify catenation, in slight difference of color on the paper.

Blood flows out of one of the spots where the koma pieces overlap.

A few days before I did this live painting, the heads of Shibakitai* criticized me online into a bit of a roast spurred by my tweet along the lines of, "responding to discrimination with discrimination, violence with violence is irrational".

Although I did my best to respond in a matter-of-fact tone, for several hours those people continued to lash out at me all at once.

Is exerting forceful power from above really beneficial in combatting violence and discrimination?

Overlapping powers escalate; the sumo pressing will continue until one drops dead. I felt that I wanted to be actively listening to the voice of somebody's delicate soul.

I felt that art had to express that.

For this session, I purposefully dedicated myself to how small of a "sound" I could depict.

Most of the viewers seemed confused by the paper, which looked blank no matter how long they waited.

* In 2013, groups such as Zaitokukai, or the Association of Citizens against the Special Privileges of the Zainichi, organized many demonstrations in discriminatory ways against Zainichi (Koreans born in or residing in Japan) people. Drawing much attention, the issue was taken up by the National Assembly as well. While the Zaitokukai perform hate speech, the Reishisuto wo Shibakitai (Resistance Troops Against Those Who Discriminate) carry out anti-Zaitokukai demonstrations. The Shibakitai clash with the Zaitokukai many times in order to counter their hate speech and disrupt their demonstrations. As a result, it seems like they are taking away each other's own sense of justice. Their dispute got mired down, eventually leading to arrests on both sides. 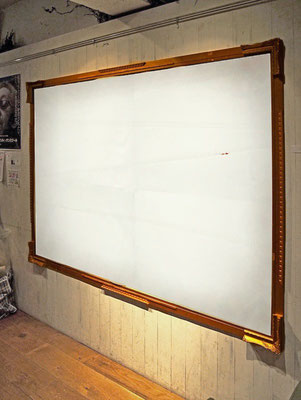 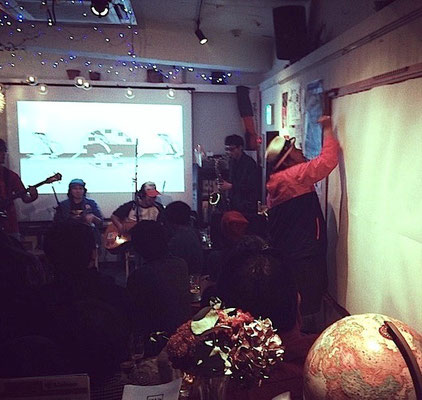 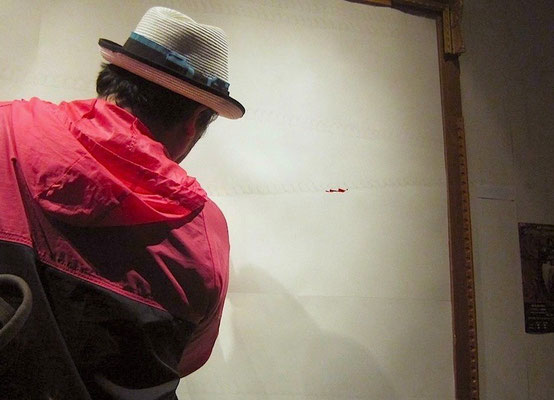